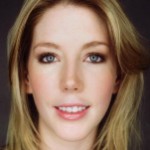 Katherine Ryan is a Canadian/Irish comedian who has rarely been off British television screens these past few years, having appeared on 8 Out of 10 Cats, Have I got News For You and Mock the Week amongst many others. She is also the current host of BBC 2’s Hair, a reality TV show focusing on the trials and tribulations of amateur hairstylists, as a well as a panelist on Sky 1’s Bring The Noise.

As a comedian Katherine takes cues from her idol Joan Rivers, with a really wicked wit and a refusal to play second fiddle to her male peers. Katherine’s live performances on Live At The Apollo demonstrated her talents for physical comedy as well as her barbed tongue, and mastery of sarcasm, to the British public.

Despite growing up in Canada, Katherine describes herself as “a typical British mum – a young, uneducated immigrant” 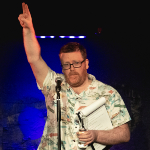