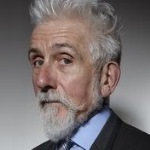 Sir Roy Strong, author, broadcaster, former Director of the National Portrait Gallery and the V&A, is one of Britain’s best-known public figures. Articulate, witty, often provocative, he is a great communicator much in demand for his opinions and ideas. His many bestselling books include The Story of Britain, The Visions of England, The Cult of Elizabeth and The Spirit of Britain.

He was Director of the National Portrait Gallery from 1967-1973 and of the Victoria and Albert Museum from 1974-1987. In 1980 he was awarded the prestigious Shakespeare Prize by the FVS Foundation of Hamburg in recognition of his contribution to the arts in the UK. He has published a number of highly acclaimed books, most recently The Laskett, the story of the garden he built with his late wife, the film, television and theatre designer Dr. Julia Trevelyan Oman.

For a public figure whose career is firmly rooted in the arts, Sir Roy is widely known as a common sense advocate with views on society and the future. His warm and witty style makes him a popular choice as an after dinner speaker; a role he increasingly enjoys.

After Dinner
Art and Artist
Culture and Society
Environmental
Media