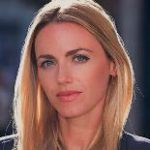 Dr Myriam Francois is a TV presenter, producer and writer with a focus on current affairs, Islam and France.

Myriam completed her PhD (DPhil) at Oxford University, focusing on Islamic movements in Morocco. She also holds an MA from Georgetown University and a BA from Cambridge University.

She presents and produces her own monthly Arts and Culture documentary series Compass on TRT World and is the presenter of the Channel 4 documentary The Truth about Muslim Marriage. She was also Europe Correspondent for TRTWorld from 2015-2017, covering French politics, the migrant issue and Brexit. She has also reported for BBC World News, most recently with her exclusive report on the allegations of sexual assault against Prof Tariq Ramadan (2018).

Myriam has also presented the BBC One documentaries The Muslim Pound and A Deadly Warning: Srebrenica Revisited which was nominated for the Sandford St Martin religious programming award (2016.)

Myriam’s writing features widely in the British press, including the Guardian, the New Statesman, Telegraph, CNN online and Middle East Eye. She is a frequent fixture on the BBC Big Questions, Sunday Morning Live and newspaper reviews.

She is a Research Associate at the Centre of Islamic Studies (CIS) at SOAS University, where her research focuses on British Muslim integration issues. She is a Senior Fellow at the Centre for Global Policy (CGP) think tank.

Myriam is immensely knowledgeable about contemporary issues of Islam and Western culture, looking frankly at which policies and attitudes make sense and which are likely to fail.

Presented in association with Northbank 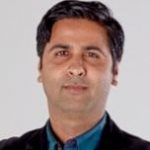