Bill Jamieson was executive editor of The Scotsman for eleven years, regularly writing about finance, economics, politics and current affairs. He was the economics columnist for sister title Scotland on Sunday and prior to that was economics editor of The Sunday Telegraph for seven years.

He was a regular contributor to the Spectator Business magazine and City AM and frequently commentated on business and economics affairs for BBC Scotland and for The Scotsman and in the UK national press.

Bill’s books on economics and politics include An Illustrated Guide to the British Economy and Scotland’s Ten Tomorrows.

After stepping down from The Scotsman, which he continued to write for, he established Scott-Buzz, the one-stop business news website aiming to help business enterprise and the SME sector.

Bill was a brilliant commentator on business and investment platforms, speaking with passion and humour on the major business and political issues of the day. He was a passionate advocate of the positive overall economic effects for all society of the championing of entrepreneurs and entrepreneurship.

Our deepest condolences to the family and friends of Bill Jamieson, a great journalist and a remarkable voice for Scotland. He was a friend and valued colleague. 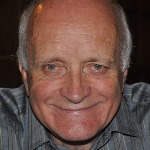