Charles Crawford is an imaginative, provocative speaker who draws on dramatic episodes from his diplomatic career to explain global policy trends and the liberating power of transformational thinking. He is much in demand as a commentator on the strategic policy implications and UK/EU negotiation strategies leading up to and subsequently following the UK’s exit from the European Union.

His knowledge and experience are vast. He wrote the first Foreign and Commonwealth Office handbook on speechwriting. After leaving the FCO Crawford (unlike some) has not sought a public/media profile based on recycling diplomatic tittle-tattle. Rather he tackles many subjects by drilling down frankly into the deeper philosophies and principles in play, while drawing on vivid real-life examples.

Charles qualified as a barrister before joining the Foreign and Commonwealth Office in 1979. His first posting was to communist Yugoslavia before he worked as speechwriter for Foreign Secretary Sir Geoffrey Howe. He served at the Embassy in South Africa as apartheid ended, before returning to London and then Moscow to work on the policy issues arising from the collapse of the Soviet Union. He was British Ambassador in Sarajevo, Belgrade and Poland.

During his diplomatic career his work was praised at the highest levels in London, NATO and the European Union for being honest, uncompromising and creative.

He left the FCO at the end of 2007 to start a new career as writer and communication consultant. He now gives communication and negotiation masterclasses to private and public sector clients. His philosophy draws on a simple but powerful idea: “Work out what they’re expecting – then do the opposite!”

He comments frequently on international policy issues from an unconventional libertarian perspective for BBC, ITV, Sky and CNN, and is on the Daily Telegraph comment team.

His ebook on leadership communication Speeches for Leaders was published in 2016. He has been praised by John O’Sullivan (previously Margaret Thatcher’s speechwriter) as “the P.G. Wodehouse of speechwriting”.

“The most telling critique of delusional foreign policy comes in regular instalments from a blog by the former British ambassador to Poland, Charles Crawford… if you want to know just how much in despair many of our diplomats are, this is the place to look.”
Dominic Lawson, The Times

Charles Crawford is a frank and original speaker who shares with audiences his trenchant insights on vital UK and international policy issues affecting us all: “Hi Charles – really enjoyed your speech – witty and funny and pitched just right: you’re not boring!”

Charles Crawford has won two Cicero Awards for speechwriting in 2016 and 2017.

Charles is a world-class public speaking and presenting coach. If you’re interested in talking to him about support for a forthcoming speech or presentation where confident impact is vital, please contact Specialist Speakers. 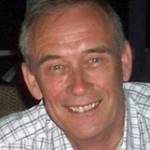