Adam Boulton is an influential British political broadcaster, having worked with Sky News in 1989 to found the channel’s respected politics team. He worked at Sky News as the Political Editor until stepping down in 2014. He has presented All Out Politics and Week In Review, both being some of Sky News most watched programs, inciting fierce debate and getting the best out of his panelists. 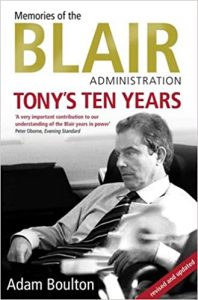 Before working at Sky, Adam was the political editor for TV-am, where famously he was punched by Labour politician Dennis Healey. Despite all the knocks, Adam has interviewed every British prime minister since Sir Alec Douglas-Home.

Adam has contributed to New Statesmen, The Guardian, The Independent, The Times and The Sunday Times as well as writing books on both the 2010 Coalition and Tony Blair’s time as British Prime Minister.

On 10 November Adam Boulton announced his departure from Sky News at the end of 2021.