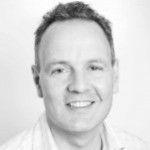 Today James Alexander is a director of Future Agenda, a foresight initiative working with global leaders and entrepreneurs to deliver strategy for the future and innovation to some of the world’s leading organisations. They have done so for Amazon, for Apple, BP, and for Mastercard. James leads the strategy practice where recent work includes leading whole organisations. Strategy development recently has included work for WWF and for consumer choice organisation, Which? James is also a co-founder of Voice for the Planet the coalition aimed at securing a global deal for nature in 2021, launched by the WWF in 2019 at the World Economic Forum.

James Alexander came to public attention as a  co-founder of Zopa, the original peer-to-peer lending service and now the largest company of its kind in Europe. He was the company’s UK CEO and remained on the board of directors until 2009. He has since worked with equally innovative enterprises including business growth consultants The Foundation as a partner, until August 2015.

Much of James’ financial experience is now employed in the green economy. He is an influential environmentalist and a Trustee of Green Thing, a charity and environmental movement that works to provide creative solutions for environmental issues. And he is Chairman at Gen Community Ventures, an organisation that uses new forms of finance to catalyse transition to a low carbon economy.

James also advises a number of social ventures and charities including the RSPB, Suffolk Wildlife Trust, Good Lab, and he has served as Chair of Finance Earth. James is also proud to be part of a team that re-discovered three species of bird thought to have become extinct!