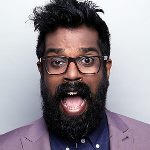 Former freestyle rapper and maths teacher, Romesh Ranganathan is now a household name to UK audiences for his quick-witted, erudite and angry, rant-fueled comic persona. Romesh hasn’t looked back since being nominated for Best Newcomer at the 2013 Edinburgh Comedy Awards and is often found on British television screens on the likes of Would I Lie to You, Live at the Apollo, Have I Got News For You and Mock the Week.

Romesh recently presented BBC 3’s Asian Provocateur in which he travelled to Sri Lanka, to discover his ancestral roots and connect with his family heritage. Romesh rode an Elephant, met family members he didn’t know existed and had his ear pierced during a religious festival. He admitted of his experiences that he felt like “A bumbling Englishman in an incredible Sri Lankan disguise”.

Despite being a bumbling Englishman he’s a brilliant awards host. 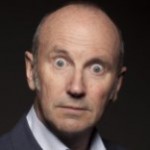 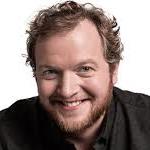 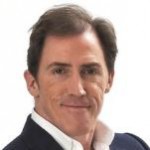