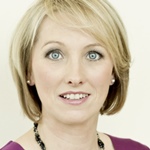 Martine Croxall is a journalist and presenter with BBC News and BBC World News. She is also one of the main hosts of The Papers, a popular nightly review of the front pages.

She joined BBC News in May 2001 and has covered every major news story in that time, broadcasting from London and Washington DC: the aftermath of 9/11 (the Afghanistan conflict, the Iraq War, the capture of Saddam Hussein, the death of Osama bin Laden, the Asian tsunami, the Kashmir earthquake, Hurricane Katrina, the election of Barack Obama, the financial crash of 2008, the Fukushima nuclear disaster, the death of Michael Jackson, to name only a handful.

Martine is an accomplished interviewer, who places great importance on thorough research. She excels at breaking news when stories are moving quickly, the running orders and scripts are abandoned and she has to think on her feet, drawing on her knowledge of current affairs and on years spent presenting live TV.

She began her broadcasting career in BBC local radio and regional TV where she worked as a producer, reporter, presenter and news editor.

In 2011-12, she presented Green TV’s bi-weekly programme, Extreme Weather, which enjoyed great online and podcast success (second only to NASA in the iTunes science section!). She is in demand for her conference moderating skills hosting events and chairing panel discussions for literary festivals and organisations such as the European Parliament, the Southbank Centre and Local Government Association. Martine trains new TV presenters for the BBC’s Language Services, teaching journalists how to develop their own style. She also coaches clients from the public and private sectors in presentation and communications skills, offering bespoke tutoring to groups and individuals.

Contact Martine Croxall via Specialist Speakers as an agent for both virtual and in-person speaking engagements.