Award winning freelance photojournalist, writer and filmmaker Lalage ‘Lally‘ Snow has covered war and unrest in the Middle East and Afghanistan since 2007, making Kabul her home for more than five years. There, she worked for The Sunday Times, The FT, The Telegraph and Granta. She has also worked in Gaza, The West Bank, Israel, Eastern Ukraine, Bangladesh, Jordan and Iraq.

Lally has written her first book, War Gardens, which will be published by Hodder in 2018 exploring current conflicts through the peaceful act of gardening. Best described as A Million Bullets crossed with Gardener’s World.

An original, creative and intrepid storyteller, she often combines journalism and art on personal projects many of which have been exhibited around the world to critical acclaim. She single-handedly produced, filmed and directed her first film ‘Afghan Army Girls’ for Channel 4 and in 2016 a series of her films and photographs were featured at The Smithsonian Museum in Washington DC. Most recently she produced, filmed, directed and narrated ‘The Gardeners of Kabul’, a half hour documentary for the BBC.

Lally is an experienced and witty speaker and has given talks at MIT (Cambridge, Massachusetts), The Frontline Club, SHAPE (NATO Headquarters, Mons), The French Embassy in Kabul (in French), The Garden Museum, and headlined the inaugural North Hampshire Literary Festival. Her areas of expertise are far reaching and range from gardening in East Ukraine to Post Traumatic Stress Disorder among soldiers, or from the plight of women in Afghanistan to the cuisine of The West Bank.

She speaks near fluent French and can make her way in Italian, Spanish and, at a push, Dari. 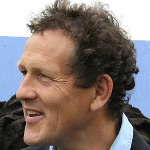 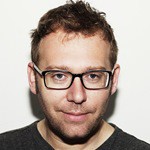