Jeremy Hunter is a photo-journalist, writer, broadcaster and lecturer, noted for his acclaimed illustrated First-Person-Reportage – North Korea Exposed/Daily life in the Hermit Kingdom.

Jeremy’s approach to North Korea is from a journalistic perspective as an investigative photo-journalist and former TV News and Current Affairs Producer (NIR-TV, Granada TV, BBC, C4).
He first entered North Korea just before the death of Kim Jong-Il to attend and photograph “ARIRANG”, now unlikely to be seen again. His presentation utilises much of the country’s actual propaganda (printed media, posters, portraits, monuments etc) as well as his own photographs from his reportage throughout DPRK.

For the past couple of years Jeremy has been giving his acclaimed illustrated first-person-reportage on North Korea Exposed/daily life in the Hermit Kingdom to audiences around the world. Earlier in 2017 he presented his talk in Japan, South Korea, Shanghai and Hong Kong.

More recently he had the great honour of presenting another version of his talk to Members of both Houses of Parliament at the Palace of Westminster. Hosted by Lord Alton, Chair All-Party-Parliamentary Group, his opening and closing remarks were of the highest praise for Jeremy’s presentation – An Englishman In North Korea: A Pictorial Critique of A State Without Parallel.

With the country making headline news every day, there has rarely been a more important time to hear the inside of this State without Parallel. With continuing escalating tensions between Washington and Pyongyang threatening global security, Jeremy’s acclaimed presentation shines a light into this darkest corner of the world.

He began his media career as a creative in advertising, working with such luminaries as Ken Russell, Tony Scott, John Schlesinger, Nick Roeg and Oscar-winner Jim Clark. When the miners’ strike of 1975 brought the advertising industry to its knees, Jeremy found himself a post as foreign correspondent at NIR-TV in Tehran, placing his life on the line to cover pivotal moments in 20th Century history and interviewing some of its great architects, including Indira Ghandi. As the deposition of the Shah drew nearer in 1979, Jeremy returned to the UK for his safety and became an onscreen news / current affairs reporter for Granada Reports, Granada Television from where he went on to the BBC as a writer / producer. His last series as producer / writer and location photographer was the two-part series for Channel 4’s Cutting Edge, The French Foreign Legion.

Throughout his career, Jeremy has taken a special interest in documenting the world’s festivals, rituals, ceremonies and celebrations which has taken him to 65 countries across 5 continents. For his work, he has received three UNESCO awards for his reportages. He is also a Fellow of Royal Geographical Society, in London and his presentations on life in North Korea have been well received by the RSGS, the RGS, Hay on Wye Festival, The Jermyn Street Theatre, Picadilly, The Pleasance Theatre, Royal Society for Asian Affairs in London amongst other organisations and he is a popular speaker with corporate companies, schools and universities.” 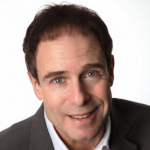 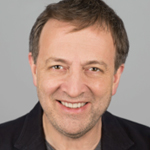