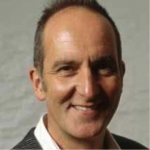 The definitive name in sustainable architecture and self-builds, Kevin McCloud is best known for presenting Channel 4’s BAFTA winning Grand Designs since its debut in 1999 and now in its 18th series. He is also responsible for the annual coverage of the Stirling Prize, the highest award for contemporary British architecture.

Kevin has showcased some of the most exciting and challenging self-builds the UK has to offer and used his own knowledge and passion for design to analyse both the architectural merit and the innovative sustainability championed by such projects.

The success of Grand Designs has seen Kevin involved in a number of spin-offs such as the Grand Designs Live Shows and Grand Designs Magazine, of which he is editor-at-large. Kevin has written and presented Grand Designs Indoors and Grand Designs Abroad as well as his four hour Grand Tour of Europe and is author of a number of books ranging in focus from decorating and lighting to sustainability and culture change. He champions issues such as context, the historic environment and sustainable construction, and has been a columnist for The Sunday Times. For a cultural change in perspective Kevin spent two weeks living in the slums of Mumbai for a Channel 4 documentary as part of a season on India.

As a graduate in History of Art and Architecture from Corpus Christie College Cambridge he has since been awarded an honorary fellowship of both the RIBA and the Society of Light and Lighting and is the recipient of an honorary doctorate of design from both Oxford Brookes and Plymouth Universities. Awarded an MBE in 2014 for his services to architecture and sustainable design Kevin’s passion lies in sustainability and architecture in housing.

Kevin’s ethos is that great architecture relates to where it is as much as who it is for. This philosophy has inspired his company HAB Housing which aims to build new homes that meet the WWF’s One Planet initiative of sustainability. In 2013 HAB broke the world record for equity crowdfunding securing investments in excess of £1.9 million from members of the public via the online platform Crowd Cube.

When he’s not filming, producing or writing Kevin runs a product design practice where he has created lighting for some of the finest buildings in Europe and many great houses.

Presented in association with COBJ. 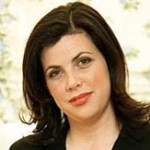