One of the UK’s most recognised and celebrated comediennes Jo Brand was named by The Observer as one of The 50 Funniest Acts in British Comedy and hailed by the Mirror as ‘The best female comic in Britain.’

Jo’s career has taken her from mental health nursing to being a critically acclaimed writer and great stand up performer. Jo began her mainstream debut with her series ‘Through the Cakehole’ and she won a BAFTA in 2011 for her co-written series ‘Getting On’ based on the lives of nurses in an NHS geriatric ward. She has recently co-written a further sitcom series with Alan Davies featuring the lives of social workers in Children’s Services at the fictional Elm Heath Council. All informed by Jo’s own early work experience.

As author of two autobiographies and both fiction and non-fiction books, her deadpan delivery and caustic observation make her an exceptional choice as a host, bringing wit and entertainment to an event. 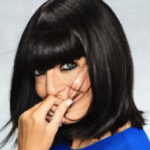