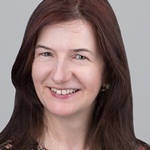 Typical topics include – the rise of Low Cost Carriers, Ryanair strikes and impacts on passengers, airline merger strategies, Concorde and a possible return to supersonic flight, and the reasons why some airports are more popular than others.

She keeps track of new challenges – the impact of Brexit on air transport, preparing for new forms of aircraft and travel such as vertical take-off and landing, air taxis, air transport and the environment, and new technologies in air travel. Sally is knowledgeable on the intricacies of the Boeing 737 Max story and the effect of Coronavirus on the air transport business with casualties such as the UK’s FlyBe.

Sally has a wealth of experience in aviation journalism starting in 1992 when she was the launch editor of Air Traffic Management published by Euromoney, which has grown into a world-leading publication on air traffic control. At the same time she led the flagship title Airport Support, which followed technology and investment issues at airports around the world. She managed a team of specialist in-house journalists and commissioned international freelance contributors to create best-in-class reportage of the airports and ATC sectors.

During her tenure, Sally travelled to as many new airport development and trade conferences as possible, interviewing the leading airport directors and infrastructure providers of the day. She interviewed the USA Transportation Secretary Federico Pena on Capitol Hill regarding the evolution of Air Traffic Control and management in the US, as well as funding and ownership challenges at US airports. She has interviewed top airport CEOs around the world, reviewing global airports such as Denver International, Chicago O’Hare, Hartsfield Atlanta, Frankfurt, Amsterdam Schiphol, Munich, Heathrow, Gatwick, to name just a handful.

She also led the title Freight Management International reporting on multimodal cargo, transport and logistics issues. During this time she led a redesign of the publication and introduced new freelance contributors to boost the editorial standard. In 1997 Sally went independent and developed ties to Jane’s Airport Review becoming the USA specialist contributor, travelling extensively to the US to provide expert coverage from Airports Council International-North America ACI-NA conferences. She expanded her portfolio of activities to include a range of publishers including Travel Trade Gazette and Airline Business.

In 1999 she took the role of editor of Inflight magazine. This was an emerging sector of inflight entertainment with a market-reach of airlines, Hollywood studios, technology and content service providers. Sally wanted to address emerging digital trends by launching a digital-only publication as the first of its kind in that sector. Consequently she left the magazine after a year to launch her own digital newsletter, Gethin’s Inflight News. It remains the forerunner in independent journalism for the Inflight Entertainment and Connectivity sector.

Sally has interviewed all the major thinkers and leaders in the passenger experience and attended all the key conferences. She has provided specialist articles for Onboard Hospitality, PAX magazine, Aircraft Interiors magazine as well as maintaining her links with articles to Jane’s Airport Review.

Sally continues to track the latest developments and her website www.gethinsinflight.com bears witness to the diversity of Sally’s knowledge and expertise. 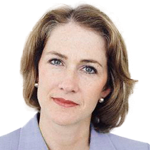 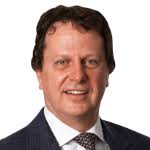 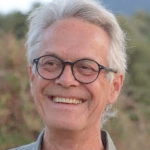