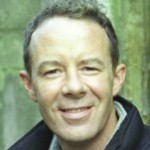 Social and military historian, Crispin Swayne presented and co-wrote the critically acclaimed television series, Great Battles or Discovery Channel, in which he passionately retraced and told the stories behind decisive battles throughout history. Last year Crispin presented Greatest Military Clashes, a prime time series for Five, where he examined iconic weapons of the 20th Century, pitted them against each other and discussed with veteran soldiers which was the most superior.

A former Gallery Manager for Sotheby’s, his great passions are poetry, art and music throughout history. He contributed music and poetic voice-overs to Travel’s with Pevsner and Monet Moments for BBC TV. He’s an accomplished poet who was published at just seventeen years old and is in a successful band, ‘Lemon Jelly’. He is an accomplished pianist and composer, and is a popular MC and DJ. He even owns an eco friendly juice bar, which is found at most of the major festivals

Crispin won a scholarship to Christ’s Hospital, where he excelled at music, art and athletics. He went on to study for a BA in Mediaeval History and English before attending Sandhurst, and a commission in the Blues and Royals. After three years as a tank commander in Germany and the former Occupied Berlin, Crispin ‘truly sensed his place in history’ whilst gleefully taking his part in the destruction of the Berlin Wall with a jackhammer borrowed from a sculptor friend.

As an officer he was regarded as somewhat unorthodox in his approach, but his ability to inspire and develop personnel was nonetheless recognised and fully utilised during a posting to the Guards Depot, Pirbright, where he received a Commandant’s Commendation for record pass rates for his recruits and early promotion to Captain. His skill for nurturing talent was further honed as Training Officer to the Canadian Special Forces where he served for two years in places as diverse as the Arctic Circle as a Survival Instructor, and as an Intelligence Officer during the Gulf War. He received the Governor General’s Commendation for integrating training between the regular army and the militia. He has acted as military advisor on films like Batman, Bridget Jones II, Hotel Rwanda and on Pirates of the Caribbean: On Stranger Tides.

Since leaving the army, Crispin has used his considerable military experience in personnel development to become a respected freelance recruitment consultant working with people such as The Mirror Group, the Prince’s Trust, Channel One, and Bank of Scotland. He advises on a variety of issues including project management and creative solutions to staff retention.