Peter Frankopan speaker on the history, society, culture and economy of Asia and Europe.

Peter Frankopan is one of the world’s leading popular historians – a voice of authority on the past, present and future of culture and trade on land and at sea. He is author of the monumental The Silk Roads: A New History of the World. His focus on the eternal links between Europe and Asia is ever more relevant in a world in which Central Asia, India, and China, are on the rise.

Frankopan is Professor of Global History at Oxford University, where he is also Senior Research Fellow at Worcester College. The Silk Roads has been an international sensation, rising to No.1 in the non-fiction charts around the world, including in the UK, India and China. Described as ‘magnificent’  by the Sunday Times, ‘fearless and brilliant’ by The Guardian and ‘breathtaking and addictively readable’ by The Daily Telegraph, the book transforms the way we look at our past, present and at our future.  Berliner Zeitung said it is ‘not only the most important history book in years; but the most important in decades.’ The Wall Street Journal, meanwhile, calls it ‘a rare book that makes you question your assumptions about the world.’

Following its remarkable hardback success, the Sunday Times and New York Times best-seller and Daily Telegraph History Book of the Year has recently been published in paperback and continues to receive glowing reviews.

Peter Frankopan has now updated The Silk Roads with the publication of The New Silk Roads in November 2018.

He looks to the future ‘and at the network of relationships being formed along the length and breadth of the Silk Roads today, assessing the global reverberations of these continual shifts in the centre of power – all too often absent from headlines in the West’.

Peter has spoken all over the world, and regularly advises governments, financial institutions and non-profit organisations. Hugely in demand as a commentator he writes regularly for national and international press about Russia, the Middle East & Iran, China and the political world of today and tomorrow. That world is changing fast and dramatically. China intends to make a gigantic impact on the world stage with its One Belt One Road initiative. The Central Asian republics are rising once more. This is Frankopan’s world.

Peter Frankopan is a brilliant speaker, and an extraordinary historian, one who can explain our past, our present, and cast light on some of our possible twenty-first century futures. 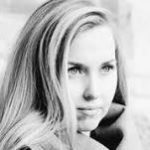 Art and Artist
History
North of England
Religion and Ethics