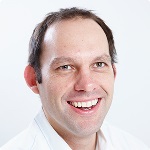 Oliver Dudley is an ‘Everyman’ adventurer who has tackled world records in ocean rowing and ultra distance running, despite being a novice at both sports. As a team member of the 14 man crew aboard La Mondiale in 2008, Oliver rowed for 2 hours on, 2 hours off, for 33 days across the Atlantic breaking the 16 year old Guinness World Record – a record that had withstood 60 previous challenges.

In 2009, Oliver joined a small team of runners to attempt 7 ultra marathons on 7 continents 7 days. (He’d never run a marathon before!) As Sir Ranulph Fiennes put it this was a “great achievement – a success made all the more remarkable by their background as novice runners. This accomplishment demonstrates what can be done with proper planning, hard work and self belief.”

Oliver is certainly not superhuman. He has succeeded because he possesses an unshakable passion and unwavering determination. He proves that ordinary people can do extraordinary things if they ‘think possible’. He does not call himself an athlete, rarely visits the gym, doesn’t have any particular outdoor training or skills and no military training – but he believes if you ‘think possible’ you can leave your comfort zones, navigate fear, embrace change and start out in a new direction. Oliver’s ‘think possible’ philosophy was forged out of a turbulent childhood and a series of setbacks as a young adult (including breaking his neck when he was a promising Rugby Union player).

Oliver’s talks draw on his Atlantic world record, his attempt at the 777 Challenge and his experiences challenging the record for rowing around Great Britain.

In August 2009 Oliver and a crew of three were rowing to raise money and awareness for Orchid, a male cancer charity.  Following a frightening storm, in which the boat nearly capsized and they had a ‘near miss’ with a tanker,  the crew became national heroes when they raised the alarm after seeing a plane crash into the Irish Sea. The rowers raced two miles to reach the pilot of the sinking plane and the coastguard‘s helicopter successfully winched him to safety. Their attempt at the round Great Britain row was abandoned.

In 2008, the Atlantic World Record row drew acclaim for the crew from all quarters. Gordon Brown wrote to the team, saying ‘your achievement in an inspiration to millions of people around the world.’ Finishing in 33 days and 7½ hours, this was an astonishing feat given that they rowed in a second-hand boat and drifted backwards for 3 days whilst battling 30ft waves in a tropical storm.

The following year Oliver organised and competed in the 777 Challenge – the world’s first attempt to run 7 ultra marathons (50km) in 7 consecutive days on all 7 continents. In 2009, two of his team set a new world record of 6 days, 23 hours and 40 minutes with Oliver finishin just 26 hours later – having been hospitalised in Johannesburg prior to starting the sixth run. Not one to be easily defeated, Oliver stayed behind alone to complete the 50km the following day. He re-visited hospital upon landing in London, losing even more time, but when given the all clear completed the last of the seven 50km runs in London. The event had wide media coverage from Channel 4, BBC, ITV and ABC among others.

Oliver’s ‘Think Possible’ philosophy is behind his astonishing successes as a novice runner and rower. He has a particular passion for encouraging young people to make the most of opportunities. Oliver’s key messages are built on his experiences of teamwork, personal leadership, planning, embracing change and risk. He motivates others to go beyond their self-limiting beliefs and to ‘Think Possible’: a mantra and belief for our times.