Specialist Speaker Steve Richards is one of Britain’s leading political commentators and broadcasters.

Steve writes for The Guardian, Times, Independent and FT. He is a presenter of BBC Radio 4’s Week in Westminster and has presented series on Blair, Cameron, Miliband and Corbyn.

For eight years Steve also presented GMTV’s live political show The Sunday Programme. He has written and presented several political films for Channel Four and BBC2. He was named political journalist of the year in 2009 by the Political Studies Association. Steve has written a book on the New Labour years, Whatever it takes; the real story of Gordon Brown and New Labour. He has also written for the Guardian, Standard, and Sunday Times.

Steve takes audiences behind the scenes of British politics,

conveying the high theatre and epic personal dramas of an election year, the comedy and the tragedy.

Broadcaster turned parliamentary candidate Esther Rantzen had described Steve as the “most entertaining political speaker in the UK” and Martin Bell says of him, “Steve is as entertaining as John Sergeant”, a comparison that is surely a compliment.

Steve is a regular guest on BBC Radio 4’s Today programme, BBC’s Newsight and has appeared on Any Questions, Question Time and Andrew Neil’s Politics Show. For several years he was a presenter of BBC2’s Despatch Box and was a BBC Political Correspondent who reported on the fall of Margaret Thatcher and the rise of Tony Blair. He has chaired major political conferences and has also spoken on politics as a guest at conferences and as an after dinner speaker.

Steve’s Rock ‘n’ Roll Politics live show s usually a sell-out at King’s Place and at the Edinburgh Festival and his latest book The Rise of the Outsiders: How Mainstream Politics Lost Its Way looks to make sense of the rise of the new political mavericks of both left and right.

Once again Steve takes Rock’n’Roll Politics to the Edinburgh Festival and regularly to Kings Place in London. ‘In the Brexit era the audience will decide what form each show will take leaving the performer on stage to follow its instructions powerlessly‘ – that’s a quote from Steve.

Contact Steve Richards via a Specialist Speakers agent on 0203 002 4125 for speaking and presentation in both in-person and virtual settings. 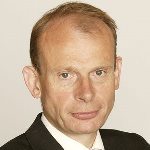