Tim is arguably the UK’s most informed speaker on Brexit – he’s an insider with access to people and process. Tim’s first book All Out War tells the story of this momentous upheaval in British politics, from Prime Minister David Cameron’s efforts to secure a new deal from Brussels, through the referendum campaign, and the explosive fallout across British politics and society. Tim chronicles in unprecedented detail the relationships, rivalries and infighting between Cameron, Johnson, Gove and Osborne. He details how Nigel Farage capitalised on their differences and how Theresa May picked her way through the wreckage to seize the leadership of the Conservative Party and 10 Downing Street itself. All Out War was chosen by Andrew Marr as one of his Books of the Year and was source for Channel4’s The Uncivil War broadcast in January 2019 and starring Benedict Cumberpatch as Dominic Cummings.

The follow-up book Fall Out: A Year of Political Mayhem continues the story including “the most dramatic general election campaign in modern history” and Theresa May’s battle for a Brexit deal with the EU.

Tim’s diverse experience has seen him coordinate a wide range of news, from the war in Kosovo, to Bill Clinton’s impeachment. He also writes extensively on contemporary security issues.

Tim also writes for The Spectator and for Total Politics and has a growing following as an observer of the political scene on Twitter, @ShippersUnbound with around a hundred thousand followers. 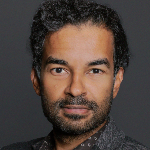