Specialist Speaker Michael Dobbs is unique in his insight into the workings of recent British politics. No-one matches his experience. Today as Lord Dobbs of Wylye he is a law-maker in the House of Lords, the upper chamber of the United Kingdom parliament and involved in Brexit and the constitutional whirlwind that the country is still experiencing.

In his political past Michael Dobbs was with Margaret Thatcher when she took her first steps into Downing Street as Prime Minister. He was there again with John Major upon his dramatic departure from Number 10. In between those tumultuous times he was bombed at Brighton, and banished from Chequers after a blazing row with Margaret Thatcher. Following the debacle he went on write the best-selling novel House of Cards, which later became the extraordinary TV series that launched Netflix. The show was released for its sixth and final season in 2018.

Born on the same day as Prince Charles, Michael was Chief of Staff and later Deputy Chairman of the Conservative Party where the media described him as the party’s ‘baby-faced hit man’. Somewhere along the way he picked up a doctorate in nuclear defence studies.

Michael has also been Deputy Chairman of Saatchi & Saatchi, he presented the BBC TV political current affairs programme Despatch Box, he was a columnist for The Mail on Sunday and for the Express, and, of course, he writes screenplays for both TV and radio.

After creating the iconic figure of Francis Urquhart for House of Cards, he went on to write works about Prime Ministers, kings, conspiracies and the Dalai Lama too. And he recently finished a series of novels about Winston Churchill. 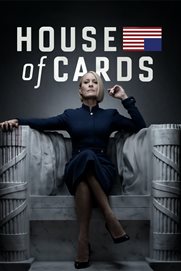 The TV adaptation of his House of Cards won Emmy Awards and was voted one of The Best One Hundred Television Drama Series of All Time, while his historical novels about Winston Churchill have been best-sellers in the United States. The Hollywood Reporter has recently announced that two studios are working on different Dobbs books, including his latest thriller character, Harry Jones. Michael has also recently completed a commissioned theatre play about Churchill and the notorious Soviet spy, Guy Burgess.

Michael Dobbs has always lived a Transatlantic life and knows America very well. He lived in Boston for five years, where he earned a doctorate and two masters degrees from Tufts and Harvard Universities in US security studies.

Michael was an editor for the Boston Globe throughout Watergate and the end of the Vietnam War, and put together the Globe’s front page on the night President Nixon resigned. ‘The rest of the newsroom was drinking champagne while I was sweating over the American Constitution. I never got to find out whether they were celebrating or drowning their sorrows.’

Michael Dobbs has extensive international speaking experience, especially in the United States, and he has undertaken two sponsored tours for the English-Speaking Union on the East Coast and through the Mid West. The E-SU described his tours as ‘a triumph’, while the Churchill Society sponsored him on a nationwide tour.

Michael Dobbs keynote speaker is a raconteur and storyteller whose life has orbited around so many of the great events that have shaped all of our lives. He has observed politics from within the corridors of power and has the ability to relate his experiences with humour and wit. He works not from a script, but from a lifetime of experience.

Michael was created Baron Dobbs, of Wylye in December 2010 and despite having been described as ‘a man who in Latin America would have been shot’, in this country, he tends to get invited to speak about people and politics.

In 2022 Specialist Speakers has been delighted to present ‘The Two Michaels’ – Michael Dobbs and Michael Wolff in revealing and compelling conversation on the inside of politics on both sides of the Atlantic.