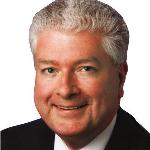 Nigel Waterson was Conservative Member of Parliament for Eastbourne from 1992 to 2010 and is a former maritime lawyer.

For his last seven years in Parliament, Nigel was Shadow Pensions Minister. He is a recognised expert on pensions and issues relating to ageing; as well as financial services more generally. Nigel is also well-known as a witty raconteur about his time in Parliament, especially his experiences as a Whip.

Nigel Waterson was born in Yorkshire and attended Leeds Grammar School. He went on to read Law at The Queen’s College Oxford. Whilst an undergraduate, he was active in the Oxford Union and was elected President of the Oxford University Conservative Association. Nigel also rowed and took part in amateur dramatics.

After University, Nigel went on the annual English Speaking Union debating tour of the USA. On his return, he worked as Research Assistant to Sally Oppenheim, the then MP for Gloucester. Nigel was called to the Bar, but later qualified as a Solicitor. He specialised in shipping law, and founded his own firm.

Nigel was elected to Hammersmith & Fulham Council in 1974. He first stood for Parliament in 1979, for Islington South & Finsbury, halving the Labour majority. He later became Chairman of the Bow Group.

He served as Parliamentary Private Secretary to the Health Minister and to the Deputy Prime Minister, Michael Heseltine, during the Major government. Nigel entered the Whips’ Office in 1997, and subsequently became Shadow Minister for Local Government and then for Trade & Industry.

In 2003, Nigel was appointed Shadow Pensions Minister and also Shadow Minister for Older People – posts he held until the 2010 Election. For many years, he was Chairman of the All Party Group for Older People. He has campaigned on many issues affecting older people – most recently (and successfully) to scrap the default retirement age.

Nigel is currently a trustee of the International Longevity Centre, and a Council member of the Society of Pension Consultants. He is also Patron of the Eastbourne branch of the Multiple Sclerosis Society, as well as Patron of the local Abbeyfield Society. He speaks and writes regularly on pensions and age-related topics.

Secrets of the Whips’ Office
The Politics of Ageing
A Christian in Parliament
Can we ever afford to retire?/The Pensions Crisis