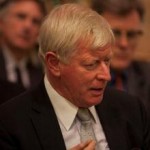 Sir David Madden was a member of the UK Diplomatic Service for 34 years, serving in high-profile jobs in politically sensitive European postings, requiring detailed knowledge, and strong powers of understanding, analysis and persuasiveness.

He has extensive experience of working in and with countries and places on the brink of break-up (former Yugoslavia), those seriously divided (Berlin in the 1970s, Cyprus, Bosnia after the war), and those where regional tensions run high (South-Eastern Europe). He also served in Moscow in the 1970s.

As British High Commissioner in Cyprus 1994-1999, he played a full role in the negotiations on a Cyprus settlement and EU accession. He shuttled regularly between the Greek Cypriot and Turkish Cypriot leaders in support of the UN mission of good offices. As British Ambassador to Greece 1999-2004, he helped the Greek government achieve a break-through against the 17 November terrorist movement after the murder of his Defence Attache, assisted them with planning the security of the 2004 Olympics, supported Team GB’s successful participation in those Games, and facilitated the work of the London 2012 bid committee. He was knighted in 2003.

Having retired from the Diplomatic Service in 2004, he was posted as Political Adviser to the EU Peace-Keeping Force in Bosnia and Herzegovina . He assisted a smooth transition from the previous NATO force, advised the peace-keepers on the complex local political scene, and assisted the central government in drawing up their National Action Plan against Organised Crime and Corruption.

David is now a senior member of St Antony’s College, Oxford, and Chair of the Development Committee of South East European Studies at Oxford (SEESOX). In addition to a degree from Oxford, he has a degree in the History of Art from the Courtauld Institute in London, and is a published author (completing Dickens’ unfinished novel The Mystery of Edwin Drood in 2011). David also works for a variety of international animal welfare charities: as a Trustee of both The Brooke Hospital for Animals and Compassion in World Farming; as a Patron of Voice for Ethical Research in Oxford; and helping the World Society for the Protection of Animals develop an inter-governmental Universal Declaration on Animal Welfare. He is a member of ADRg Ambassadors, an international mediation and corporate diplomacy partnership. 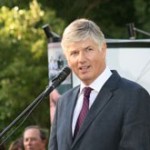