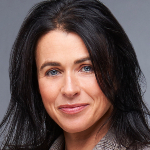 For almost two centuries the Evening Standard has published in London as a daily newspaper. In June 2020 during the Covid pandemic Emily Sheffield took up the post of editor previously held by George Osborne. She became responsible for all output across what is now a multi-platform media organisation, setting and driving the daily news agenda and guiding her team through one of its most challenging periods in its long history,  that included five months of remote working. Emily implemented a total editorial restructure and a redesign that created a multi-platform Digital First news media company, with digital transformation at its core. By March 2021 many key digital areas were returning double digit growth.

The task of editor at the Standard isn’t only to publish, it also involves building and nurturing relationships with key stakeholders, an entire spectrum of London opinion, of politicians, community leaders and influencers. Emily founded and frequently hosted the highly successful and profitable ES virtual events series, London Rising plus helped launch the Netflix/ES Stories Festival. Award-winning campaigns and investigations included themes on Youth Knife Crime; Mental Health; and Stopping Sexual Violence Against Women. It was a time to focus on delivering exclusives, on setting the political agenda, whilst helping to facilitate debate and real action on the City’s post pandemic recovery.

Emily Sheffield’s career in journalism began at The Guardian and the Evening Standard. Later, from 2004 to 2017 she was Deputy Editor at Vogue UK launched Miss Vogue, and served as Associate Digital Director overseeing the title’s digital development, including Vogue Video, and vogue.com. As a broadcaster and journalist Emily works with the BBC, Sky News, Times Radio, and with LBC.

Emily Sheffield left her position as editor of the Evening Standard in October 2021 and continues as a weekly columnist there.

Contact Emily Sheffield via a Specialist Speakers agent for both virtual and in-person speaking, hosting, and moderating engagements.