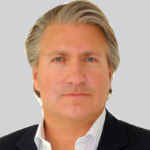 Stephan Shakespeare is widely known as the charismatic founder of YouGov, PoliticsHome, ConservativeHome and 18 Doughty Street, the world’s first political internet TV station. In 2012 he became chair of the Data Strategy Board for the Department for Business, Innovation and Skills and has been a trustee of the National Portrait Gallery.

Born in post war Germany, Shakespeare saw politics at work from an early age through his father who was a Journalist and press officer.

His family relocated to the UK in 1962 where he continued his education graduating from Oxford. Shakespeare was founding Principal of Landmark West Preparatory School in Los Angeles and held several senior teaching positions in California before returning to Britain as a political commentator, including a stint as a pollster for the Conservative party and spokesman for Jeffrey Archer. Education remains an area of particular interest to him; he writes regularly for the national press on education policy.

Stephan Shakespeare has an unrivalled ability to understand and predict political outcomes. In the general election of 1997, he was beaten for the Colchester seat by Lib Dem candidate Bob Russell.

Within a year of founding market research and polling company YouGov he scored a major coup by predicting 2001 election victory for Labour to an accuracy of 1%. Shakespeare’s reputation as a fearsome innovator and businessman equals his political ability. YouGov has aquired major investment and now operates in the USA.

The Guardian included him in their line up of UK 100 most influential media personalities in 2008, rating him as “the pollster with the uncanny ability of getting it right”.

In 2008 Shakespeare along with Freddie Sayers established PoliticsHome which became rapidly established as the definitive source for political research and news.

PoliticsHome has become one of the most visited sites for political professionals and commentators, as with YouGov the operation has extended its services to America, and its innovative methods have been applied to the commercial sector across the world.

in 2015 Stephan Shakespeare was named by Debrett’s at one the Top 20 Most Influential People in Politics.