Jonny’s career in television began as a researcher and producer at the BBC studios in Millbank, Westminster. He moved on to work on budget and election programmes and on the weekday current affairs news flagship, Newsnight. Jonny was appointed as a reporter at Westminster for the World Service and as a BBC Washington correspondent in 2000, reporting on two United States Presidential elections. Jonny covered the 9/11 terrorist attacks on the Twin Towers for the BBC in New York.

Following his role as Istanbul reporter covering Turkey and the Middle East in 2001 he went on to spend five years in Brussels as BBC Europe Correspondent. As 2021 becomes yet another big year for news in the British Royal Family Jonny has the privilege of being BBC Royal Correspondent – he wrote and reported extensively in the run-up to the wedding of Prince Harry and Meghan Markle. Now with the re-emergence of controversy over the Martin Bashir interview with Princess Diana, Jonny has the task of reporting and commenting on the Royal Family’s relationship with the BBC itself writing on 21 May 2021 that ‘it’s hard to overstate the strength of feeling expressed by William’.

In less stormy waters Jonny is also a presenter on BBC Radio 4’s Sunday morning news magazine show Broadcasting House and he’s on BBC World Service as a political reporter. As a live speaker Jonny is superbly cogent and is especially insightful on the role of the post-Brexit United Kingdom in the world today and of the future of the role of Brand Britain. Recently Jonny has researched and created ten podcast episodes of Putin in which he tells the extraordinary story of the life of Vladimir Putin life with the help of guests who have studied, watched, and dealt close-up with the man.

Jonny Dymond is a Specialist Speakers exclusive speaker and is available for upcoming in-person events and for webcast and virtual presentations. Specialist Speakers is always delighted to support the UK Sponsorship Awards – Jonny hosted the most recent ceremony at the London Marriott Grosvenor Square in March 2022.

BTW: for the purpose of search we must point out that Jonny is not Jonnie or Johnny Diamond or Johnnie Diamond but is Jonny Dymond!

Contact Jonny Dymond via a Specialist Speakers agent on +44 [0]203 002 4125 for speaking and presentation in both in-person and virtual settings.

For further Specialist Speakers on the Royal Family https://www.specialistspeakers.com/?cat=350 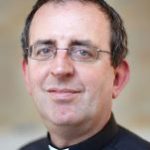