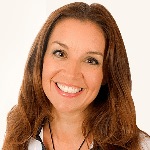 From an early age Sarah Willingham was fascinated by business and the business of food. She started working in the restaurant industry at the age of 13 and absolutely loved it from the very first day. Sarah never lost the restaurant bug and she ultimately managed to combine her passion for business, and food and drink, into a multi-million pound empire.

On leaving school Sarah went on to pursue her interest gaining a business degree in the UK and another in France, and went on to work with Planet Hollywood and with Pizza Express. In 2003, she spotted an opportunity to create an Indian restaurant chain, but the plan was rejected by fellow managers. So Sarah struck out on her own and raised funding for The Bombay Bicycle Club. She went on to turn it into the largest and most successful Indian restaurant chain in the UK.

In 2007, with a growing family and lots of commitments, Sarah decided to sell her interest in the Bombay Bicycle Club. She had already appeared with Raymond Blanc as a judge and investor on the popular BBC2 series The Restaurant. With the winners of season three Sarah founded The London Cocktail Club and Craft Cocktail Company. In 2015 Sarah was asked to join the team of dragons on BBC2 TV’s Dragon’s Den:

“I was SO excited to join the team of dragons. It has been amazing to meet brilliant people with brilliant businesses to invest in and support. I’m a new breed of dragon – the first ever dragon who’s a working mum of four children under 9. I’ve been at the coalface with every business I’ve ever launched and I’m not afraid to get my hands dirty and do what it takes to help small businesses grow”

Today Sarah runs her businesses with alongside her husband Michael Toxvaerd with investments in the entertainment, consumer finance, banking, mining, and technology sectors. And Sarah speaks on business, entrepreneurship, consumer affairs, the future of work, and of, course, her beloved restaurant industry.