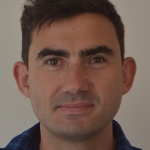 Simon Parker is a foreign correspondent, newspaper columnist and travel writer who often reports from over thirty countries a year for the BBC, The Telegraph and The Independent. He has sailed and cycled from China to London, scaled some of the highest peaks in the Andes, stared down charging black rhinos in Namibia and documented the impact of climate change in Svalbard. His new TV project, Earth Cycle – transmission scheduled for over a dozen countries around the world, late 2018.

Motivational speaker, panel discussion chair and event host, Simon has reported from over half the countries on Earth – and all within the first ten years of his career as a journalist.

He has been to some of the most extreme corners of the planet; from the high Andes and the centre of the North Pacific, to the driest deserts of Southern Africa and the frozen glaciers of the Arctic Circle. In 2016 Simon sailed and cycled from China to London in 133 days – racing with and against the Round the World Yacht Race, for a BBC Radio documentary and Daily Telegraph series.

Simon has been stationed in South America for the BBC, hiked every possible route to Machu Picchu and as a fully-qualified paragliding pilot, flown solo through the Colombian Andes.

Simon is a highly experienced speaker and facilitator, having spoken at nearly forty events in the first half of 2018 alone.

Some of Simon’s most memorable stories include:

Driving a seven horsepower rickshaw the length of India
– The Independent, 2015

Diving for urchins in French Polynesia
– From Our Own Correspondent, BBC Radio 4, 2017

Tracking desert-adapted rhinos and elephants in the searing deserts of Namibia
– The Telegraph/The Independent, 2015/2017

Glacier decline in the high Andes, Bolivia
– The World at One, BBC Radio 4, 2016