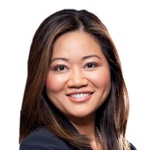 Dr. Linda Yueh is an economist, broadcaster, speaker, and author. A fellow in economics at Oxford University, she is also an economics correspondent for Bloomberg TV.

Dr. Yueh directs the China Growth Centre (CGC) at St Edmund Hall, University of Oxford, is an associate of the Globalisation programme of the Centre for Economic Performance (CEP) and the IDEAS: International Affairs, Diplomacy & Strategy research centre both at the London School of Economics and Political Science (LSE), and is a fellow of the Royal Society for the Arts (FRSA).

Her work examines major economies such as Britain, China, United States, Europe as well as developing countries, and her research focuses on global imbalances, the drivers of economic growth, and the rise of emerging economies. She had previously been an international corporate lawyer and an economics commentator.

Dr. Yueh has published widely in academic journals, specialist magazines, and several books. She is the Series Editor of the Economic Development and Growth book series for World Scientific Publishing. Her recent books include: Macroeconomics (co-authored with Graeme Chamberlin) which is a recommended textbook of the UK Government Economic Service (GES), The Economy of China, Globalisation and Economic Growth in China (co-edited with Yang Yao), The Law and Economics of Globalisation: New Challenges for a World in Flux (editor), and The Future of Asian Trade and Growth: Economic Development with the Emergence of China (editor). Enterprising China: Business, Economic and Legal Developments Since 1979 was published in April 2011.

Her latest book, The Great Economists: How Their Ideas Can Help Us Today (2018) was described by Tyler Cowen as ‘the best place to start to learn about the very greatest economists of all time’. 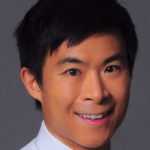