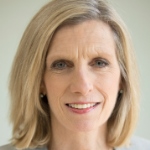 Carole Walker is a high-profile journalist and presenter with more than twenty years’ experience as a BBC Political Correspondent.

She has covered some of the biggest political stories in recent history including six general elections, the EU referendum, the rise and fall of Conservative, Labour and coalition governments, resignations, rows and parliamentary debates. She has travelled to Iraq and Afghanistan with Prime Ministers and reported on international summits.

Carole has also presented the BBC News Channel, the Westminster Hour on BBC Radio 4 and other discussion programmes. She has a career in news spanning more than 30 years and reported on the first Gulf War, revolution in Moscow, the break-up of the Soviet Union and civil war in the Balkans.

Carole has an inside knowledge of politics with excellent contacts and understanding of policies and legislation. She is an expert on the twists and turns of Brexit and regularly contributes to discussions and debates on the issue.

She left the BBC last year and is a freelance political commentator/analyst and presenter, appearing on CNN, Sky News, Talk Radio, RTE and other broadcasters. She is a frequent presenter on the BBC News Channel and regional BBC programmes and writes for the Times Red Box and the CNN website.

Carole has recently launched her podcast The View from Here, reflecting politics outside the Westminster bubble, focussing on the concerns of people in rural communities and towns.