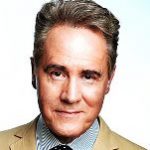 Peter is York a journalist, an author, a keynote speaker, and a broadcaster. He is also a management consultant and describes himself as a Capitalist Tool.  His primary preoccupation is social behaviour and groupings and the consequent market segmentation. His earliest published study of a social group came in the best selling Official Sloane Ranger Handbook, co-authored with Ann Barr.

Since that time he’s charted the rise and fall of sundry elite groups, from designers to TV People. He believes that whilst sociologists and market researchers are studying the Rest Of Us, those people at the top have escaped close scrutiny for far too long.

In a career that began as Style Editor at Harpers & Queen, Peter has, over the last three decades  produced a great many articles for broadsheet papers and at least eleven books. He’s contributed to television programmes from The Tube to Newsnight and made shows of his own, including two series, one on style (of course), and one on the 1980s plus a number of single documentaries, including The Rise and Fall of The Adman.

Peter performed his one-man show How To Be A Nicer Type Of Person at the Edinburgh Fringe in 2015. His latest BBC documentary Peter York’s Hipster Handbook was shown in October 2016. He is currently writing a book on the BBC to be published by Penguin Random House in 2020.