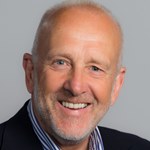 One of the UK’s most recognised business leaders, Jonathan Warburton speaks with authority, knowledge, and passion. As a fifth generation Warburton, Jonathan he assumed control of the Warburton business in 1991.

Jonathan first joined the company at 23 after spending time in organisations outside Warburtons gaining insight into the bakery industry and then sales and marketing experience during his time with Unilever.

He joined the family business in the Sales Team, progressing to National Account Manager and to Sales Director before he set up the Marketing Team. As Marketing Director, helped to develop the first ever Warburtons TV ad, even writing the scripts and later the iconic TV ad campaign featuring members of the Warburton family. In the decade that followed, Jonathan held the role of Commercial Director and joint Managing Director.

Since Jonathan became Chairman in 2001, Warburtons has grown from a small, regional business into the second biggest UK grocery brand behind Coca-Cola. Warburtons now bakes over £2 million of products each week and distributes to over 18,500 customers across Britain from 12 bakeries and 14 depots.

Today Warburtons employs over 4,500 staff and the people, quality, culture and values that have been with the business since 1876 are an important part of the Warburtons business today and Jonathan, and his cousins, believe they are what makes the business great. In 2016 Warburtons was the first food manufacturer to get a place on the Sunday Times Best Big Companies to Work For list – recognition that Jonathan is very proud of.

Jonathan has steered the highly succesful Warburton’s TV advertising campaigns, featuring Sylvester Stallone, The Muppets and most recently with Peter Kay. These innovative campaigns have been highly effective and helped further cement the family brand.

Jonathan has also held non-executive director positions with AG Barr and Samworth Brothers, the latter of which he held for over 20 years until standing down in 2017.

Our most recent booking for Jonathan Warburton was on behalf on a major international financial institution in which Jonathan spoke on family-owned enterprises. Our client came back to us: ‘the event went really well … a really great suggestion from you guys on meeting our brief’ 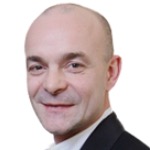 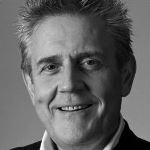