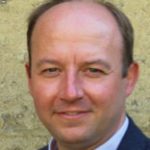 Nick Timothy was Theresa May’s joint Chief of Staff from the time of her arrival in Downing Street following the departure of David Cameron, until after the controversial 2017 General Election. Before that time he had served for five years as one of her special advisers at the Home Office before leaving to become a Director of the New Schools Network, a charity helping to establish free schools.

Today Nick Timothy is a speaker and a columnist for the Daily Telegraph and The Sun. He is a Visiting Fellow at Wadham College, Oxford, and is an independent consultant and speaker specialising in strategic communications and geopolitical risk.

Nick Timothy is a fan of Aston Villa and is appointed Non-Executive Director of the Organising Committee for the upcoming Birmingham 2022 Commonwealth Games.

Nick is a Former Deputy Director of the Conservative Research Department and is a Fellow of the Royal Society of Arts.